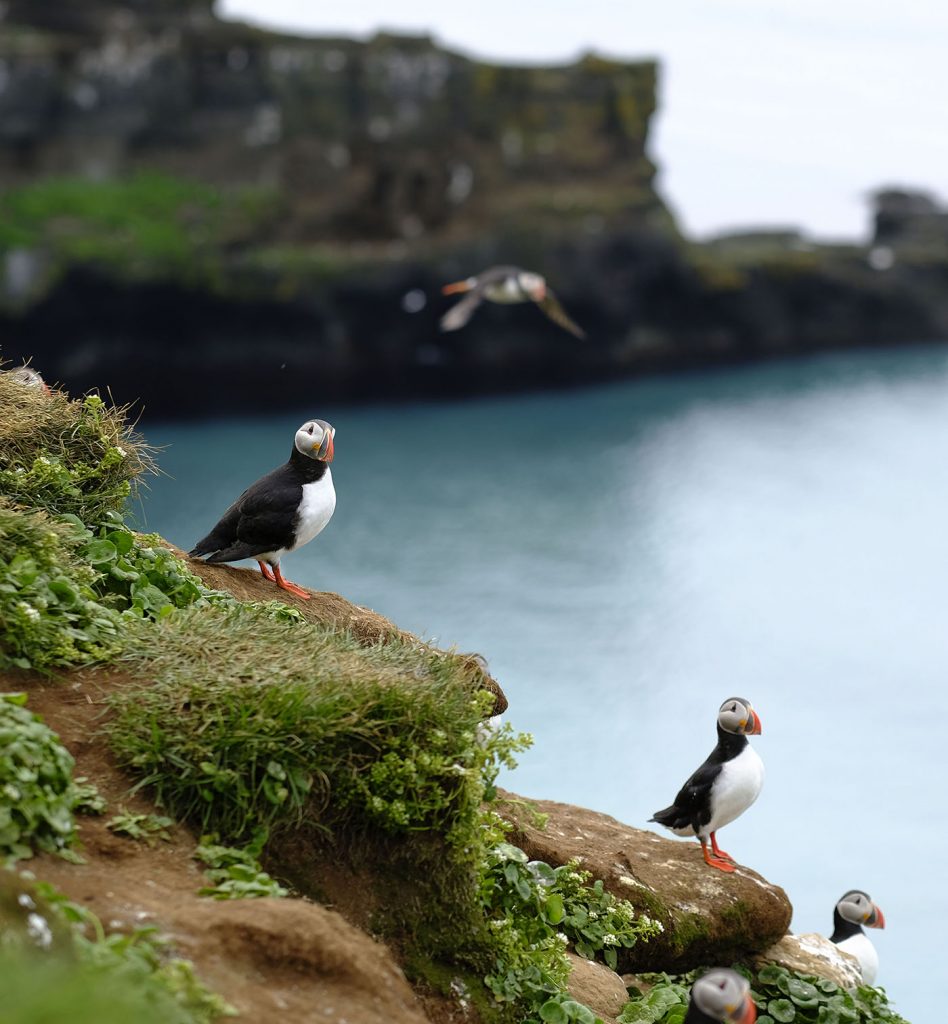 Christmas is not just in December anymore! In the Christmas Garden, you’ll hear Christmas tunes and smell the sweet smell of Christmas every day of the year!

The island is known as the pearl of Eyjafjörður. If you want to get to know the island, take the popular guided tractor tour!

The Old Rectory at Laufás

Walking into the gabled turf farmhouse at Laufás feels like taking a step back in time.

Whether you want to take a ferry ride out to Hrísey island, go whale watching in Eyjafjörður, or just get a taste of beer from the local brewery, Kaldi, Árskógssandur is your destination.

Dalvík is a traditional Icelandic fishing village, with rows of colourful boats bobbing gently in the harbour and a stunning mountain range backdrop.

Riding an Icelandic horse through the beautiful nature in the north is an unforgettable experience.

Taking a snowcat up Mt. Kaldbakur not only gives you a chance to admire the view at the top but you can choose whether to get a ride back down or ski down the slope!

Legend has it that after Iceland converted to Christianity, the local chieftain threw his carved idols of the Norse gods into Goðafoss, the waterfall of the gods.

The birdlife and nature in Lake Mývatn and the surrounding area is completely unique! The landscape is brimming with natural wonders and the whole area is a birdwatcher’s paradise!

The nature baths by Mývatn are a great way to relax after a long day of travelling. Soaking in the milky blue waters surrounded by Iceland’s volcanic landscape might just be the highlight of your trip.

Húsavík is not just a charming town, it also has some of the best whale watching tours in Iceland due to its proximity to the open ocean.

The herring era was a fascinating period in Icelandic history, and a visit to this impressive museum is sure to entertain as well as educate!

Grímsey is the northernmost part of Iceland and the only part which crosses the Arctic Circle. Visiting the island is a great chance to have a real arctic experience!

A thrilling boat ride on a river consistently voted one of the best rafting rivers in the world is an adrenaline junkie’s dream!

Hofsós is one of the oldest trading centres in Iceland and the Emigration Centre tells the story of the substantial number of Icelanders who emigrated to North America.

The alien landscapes of the geothermal area around Krafla are impressive but seeing lake Víti in all its glory is even better!

Iceland has a lot of impressive waterfalls but Dettifoss is one of the most majestic manifestations of nature’s power Iceland has to offer.

Legend has it that the horseshoe-shaped valley of Ásbyrgi was created when Óðinn’s eight-legged horse Sleipnir stepped down, leaving his hoofprint in the young land.

Bathing in geothermal spas is fine but did you know that there’s a spa in Árskógssandur where you can bathe in beer?